This carefully crafted ebook: "1984 (Modern Classics Series)” is formatted for your eReader with a functional and detailed table of contents.
1984 is a political and dystopian science-fiction novel set in Airstrip One, a province of the superstate Oceania. It is a mind-numbing world which in a state of perpetual war, omnipresent government surveillance and public manipulation. Dictated by a political system, called Ingsoc, the lives of its people is under the control of privileged elite of the "Inner Party” which persecutes individualism and independent thinking as "thought crime." Due to the novel's huge popularity, many of its terms and concepts, such as Big Brother, doublethink, thoughtcrime, Newspeak, Room 101, telescreen, 2 + 2 = 5, and memory hole, have entered into common use since its publication in 1949. It has also popularised the adjective "Orwellian”, which describes official deception, secret surveillance, and manipulation of recorded history by a totalitarian or authoritarian state.
George Orwell (1903-1950) whose real name was Eric Arthur Blair was an English novelist, essayist, journalist and critic. His work is marked by lucid prose, awareness of social injustice, opposition to totalitarianism, and outspoken support of democratic socialism. 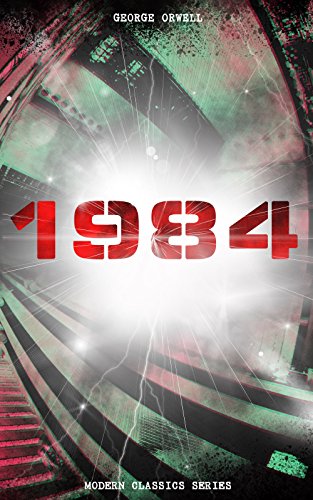