Becoming Steve Jobs: The evolution of a reckless upstart into a visionary leader (English Edition)

THE SUNDAY TIMES AND #1 INTERNATIONAL BESTSELLER - NOW IN PAPERBACK

Yet the single most important question about him has never been answered. The young, impulsive, egotistical genius was ousted in the mid-80s from the company he founded, exiled from his own kingdom and cast into the wilderness. Yet he returned a decade later to transform the ailing Apple into the most successful company the world had ever seen. How did this reckless upstart transform himself into a visionary business leader? The first comprehensive study of Jobs' career following his dismissal from Apple, written with unparalleled access and insight, BECOMING STEVE JOBS offers a startling new portrait of the most important business figure in modern history. The most intimate biography yet of Jobs, written by the journalist who knew him better than any other, BECOMING STEVE JOBS draws on recently discovered interviews that have never before seen the light of day, and answers for the first time the most pressing questions about what made this legendary business leader such a success. 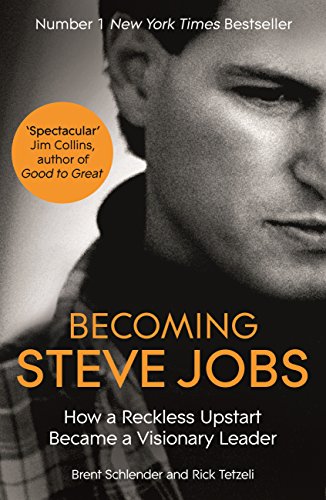